Porcine Circovirus – What is it?

Porcine circovirus – what is it?

Porcine circovirus disease (PCVD) is a relatively new viral disease among swine. It’s a very small DNA virus with a circular genome that is hardy in the environment. 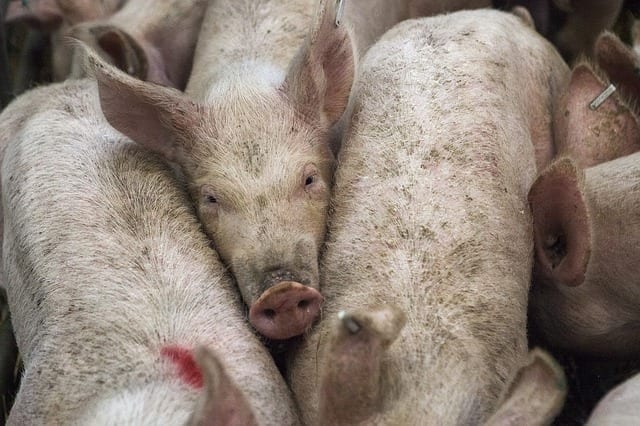 While Type 1 is non-pathogenic, Type 2 is frequently associated with multiple other syndromes. Postweaning multisystemic wasting syndrome is perhaps the most common, but others include porcine dermatitis nephropathy syndrome (PDNS) and porcine respiratory disease complex (PRDC), and occasionally respiratory failure. While not a direct correlation, the virus impairs the immune system and leaves pigs susceptible to these other diseases.

PMWS affected pigs are between two and four months of age and “waste away”. Morbidity varies from 2-30% but case fatality is high. PDNS is mainly a condition of pigs from 8-18 weeks of age. There are red-purple blotches on the skin, sometimes slightly raised, most obvious on the hind legs and perineum but can extend over the abdomen eventually covering the whole body. Most pigs with PDNS eventually die.

Some signs and symptoms of porcine circovirus to look for:

The disease in hardy in the environment and found in all forms of pig excretions, including blood, urine, feces, and mucus. Exposing pigs to other pigs, or equipment that has come into contact with other pigs, increases the risk for disease transmission. Practice good biosecurity at all times.

Vaccinations are available. Consult with your veterinarian.