1935 – Fritz Steudler and his father purchased the Vallorbs Jewel Company, a manufacturing company in Bird-In-Hand, Pennsylvania specializing in precision machining of products such as phonograph needles and jeweled bearings for watches and gyroscopes.

1947 – Pax is formed in Coldwater, Ohio and produces feeding equipment for the swine industry. In 1948, Pax introduces a patented circular outdoor hog feeder that leads the industry.

1955 – Beacon displays at the Southeast Poultry & Egg Convention, now the International Production and Processing Expo . VAL-CO now has the fourth-longest running presence at the IPPE show in Atlanta, GA.

1979 – Val Watering introduces the most significant breakthrough in poultry watering, ever. The Val Nipple Drinker revolutionizes the delivery of clean and plentiful water to poultry resulting in improved bird health and performance. The VAL-CO Nipple Drinker continues to be the leading brand in the world today.

1986 – Raydot introduces the first fiberglass fan to the market. VAL-CO has since expanded this line to include up to a 54″-inch fan with a poly-cone; the best choice for fan longevity.

1996 – Blue Earth Research introduces the Ventium Whole-house Controller. The Ventium wins an award as one of the top 50 Agricultural Engineering products and starts a revolution in confinement building environmental control.

And, as they say, the rest is history! 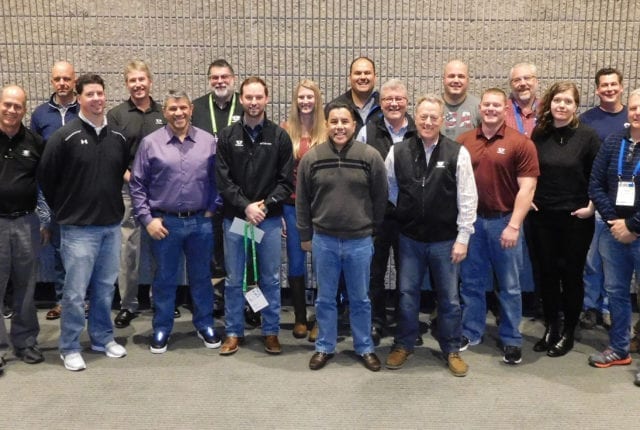 The VAL-CO Board and managers are committed to guiding their businesses based on the following Core Values. These principles are non-negotiable, support everything that we do, and define our corporate culture. While we are imperfect people and may, at times, fail ourselves and others, we are committed to holding each other accountable so that our behavior reflects these Core Values.

Our core values are aligned with God’s Word and reflect Christ. God has temporarily entrusted His company to us and we should honor Him in all that we do.

VAL-CO recognizes the importance and value of our employees and their families, and our customers and vendors. Each of the contributions are an integral part of the company’s overall success.

We act with honesty, not compromising the truth, in the face of all obstacles. While business results are critical, how results are achieved are as important as the results themselves.

VAL-CO will always strive to deliver the value that our customers, employees, shareholders, and other business partners expect every time we interact with them.

We have a responsibility to earn consistent and satisfactory profits for our shareholders, and to reinvest in our people, products, and processes.

As temporary managers of God’s company, we will be good stewards of the profits that He has allowed us to earn by sharing with those that are less fortunate.