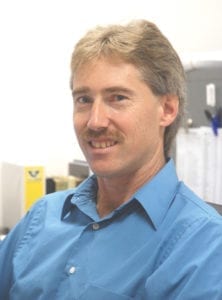 Phil was born and raised in Lancaster, Pennsylvania on the same dairy farm he lives on today. He received his Bachelor’s and Master’s degrees in Agricultural Engineering from Penn State University and University of Wisconsin – Madison respectively. While working for International Harvester, he received his first of many patents. Phil has led multiple engineering teams, including the VAL-CO Engineering Department since 2009. In 2013, he took on the role of President & CEO, but continues to lead the engineering team. In addition to his responsibilities in the office, he has stayed true to his farmer roots, and still runs a 100 acre farm. Phil is dedicated to growing VAL-CO by supporting and serving his team members. His development mindset has led to innovative products, a reputation for quality, and marked growth both domestically and across international markets. Phil believes that hard work works and is relentless in overcoming challenges. He acts with integrity, respect, and tolerance in all of his business dealings, and encourages creativity and teamwork to support innovative improvements. Phil enjoys working way too much, farming and field work, backpacking in the Rockies, and spending time at his cabin. 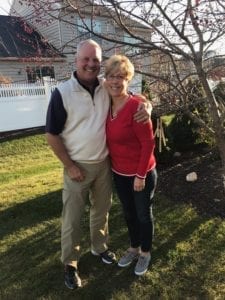 Bob was born and primarily raised in Lancaster County, Pennsylvania, excepting a seven-year stay in Germany. Upon graduation from West Chester State College (now West Chester University). Bob worked for Pennfield Feed selling grain to cattle producers. He successfully grew his territory over the years before coming to VAL-CO, where he began his career in poultry and swine. Bob strives to “always do the right thing, even when no one is looking” and this mantra has afforded him the privilege to lead people and watch them grow over the years. Bob’s all-time favorite hobby is golf, but he also enjoys biking and skiing, including helicopter skiing down mountains in avalanches. 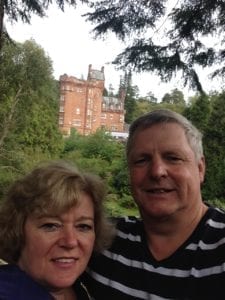 Adrian was born and raised as a true citizen of the globe. Originally from Wales, he’s lived in various parts of the United Kingdom, spent several years in Nigeria, and moved back to England where he completed his secondary education. After working some time in the oil industry, Shell UK granted him a scholarship to study geology, which he studied at London University. After the oil prices crashed, Adrian moved to Scotland to work odd jobs, finally finding steady work with Booker McConnell where he established, constructed and managed operational salmon farms. He left the UK for New Zealand in 1987, taking his expertise in fisheries with him. Eventually he switched to poultry, running a breeding program for Tegel Foods. He moved to Fiji to set up a breeding program, which became his first encounter with VAL-CO, when he purchased equipment for a new breeder farm. He became an independent VAL-CO agent covering Asia and achieved phenomenal growth in that area. He eventually relocated to Holland, Netherlands, and is currently the VP of International Sales. Once a competitive rugby player, he has since resigned to armchair critic. He also has a love for sailing, hiking, gardening and woodworking. He has relocated back to New Zealand to be with his wife, Carol, their children, and new granddaughter when he is not traveling. 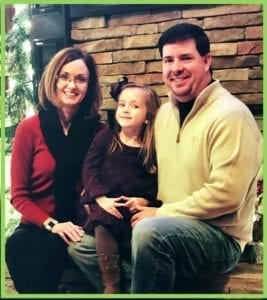 As an Athens, GA native, Haven has poultry farming at his roots. He attended the University of Georgia where he studied Forestry, but couldn’t escape fate, and has been in the chicken business for 17 years. His years of experience and his humble, grounded demeanor have helped him become a trusted adviser in his role as Territory Sales Manager. He has seen the industry evolve from the labor-intensive practice it once was to the streamlined, technologically advanced system it is today, and looks forward to the continuing trend of automation in the industry. Haven cherishes his family – his wife and best friend Kim, and daughter, Alli. In his free time he hunts, fishes, and enjoys college football. 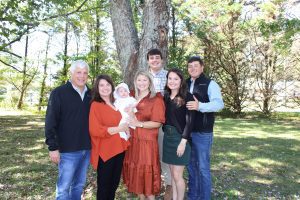 Mark was born and raised in North Alabama. He graduated from Auburn University with a degree in Poultry Science. Mark worked 30 years at Wayne Farms in live production. His roles during his tenure at Wayne Farms include Broiler and Breeder Field Representative, Broiler Manager, Breeder/Hatchery Manager and Live Production Manager. Mark is a servant leader and enjoys helping others to achieve success.  He is excited to use his experience and knowledge in his new role as Territory Sales Manager covering Alabama, Mississippi, Louisiana and Texas.  Mark is married to his wife Michelle and has two adult children, son Clay, daughter-in-law Anna Hart and granddaughter Mary Hollis, daughter Caleigh and son-in-law Tyler. Mark enjoys spending time with his family, serving at church, mission trips, hunting, and Alabama Football. 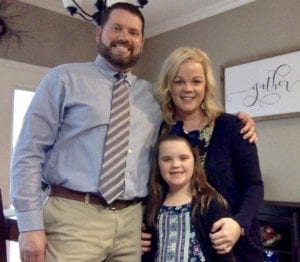 Trey was born and raised in central Alabama and studied Agriculture Business and Economics at Auburn University. Trey spent 13.5 years, all in Live Production with Tyson Foods. Trey’s duties ranged from a Broiler Service Technician to a Broiler, Breeder and Hatchery Manager and finally to Live Production Manager.

Currently, Trey is the newest member of the VAL-CO sales team, as the Upper Midwest Territory Sales Manager, where he provides service to distributors and customers. He enjoys being able to work alongside people to help them achieve their goals. His work is influenced by his strong faith, integrity, and honesty; he strives to be a servant leader each and every day. He enjoys going to church with his family and spending time together on the weekends, along with most outdoor activities with hunting and golf near the top. 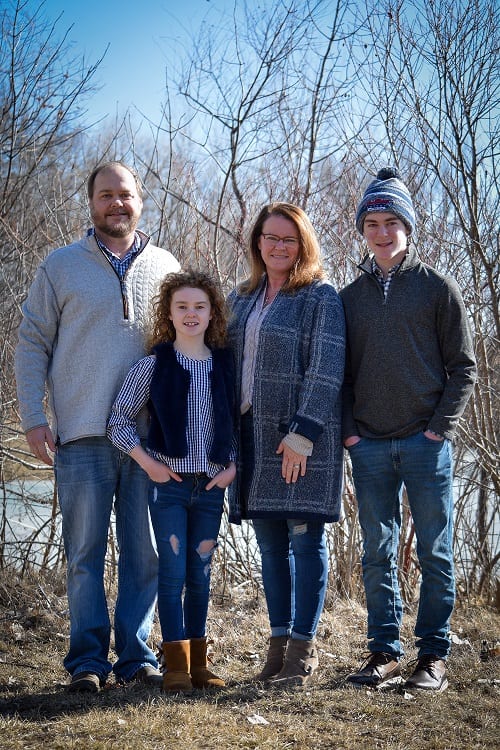 Chad was born and raised in Central Oklahoma. From an early age he was active member of FFA and showing pigs, which grew into a career. While attending college at Oklahoma Panhandle State University, Chad started working for Seaboard Farms. After graduation, Chad stayed with SBF and took on various roles, Breeding Dept manager, Sow Farm manager and AI transfer manager.  After 10 years of working in live production, Chad made the bold move to Feed and Nutrition Sales Consultant with Standard Nutrition.  In those 15 years, Chad helped many pork producers with barn, diet, pig flow and expansion plans.

Chad is the newest member of Val-Co, as Mid-West Territory Sales Manager, serving the pork client base through dealers. He looks forward to continuing to grow his network and bringing his 25+ years of experience to best serve VAL-CO and their valued customers.

In his free time Chad can usually be found in a hockey rink, watching their 14 year old son, or watching their 9 year old daughter in competitive cheer.    Chad is married to his wife he met while stocking his GN farm from PIC.  Chad and Tracey have been together for 21 years, lived in 4 different states all while never leaving the central time zone.  Chad loves golfing with their son, Cooper and teaching their daughter, Emma hitting techniques in softball.

Chad is an Army Veteran, so being a servant leader to God, his family and country is important to him. He lives it every day through helping others. 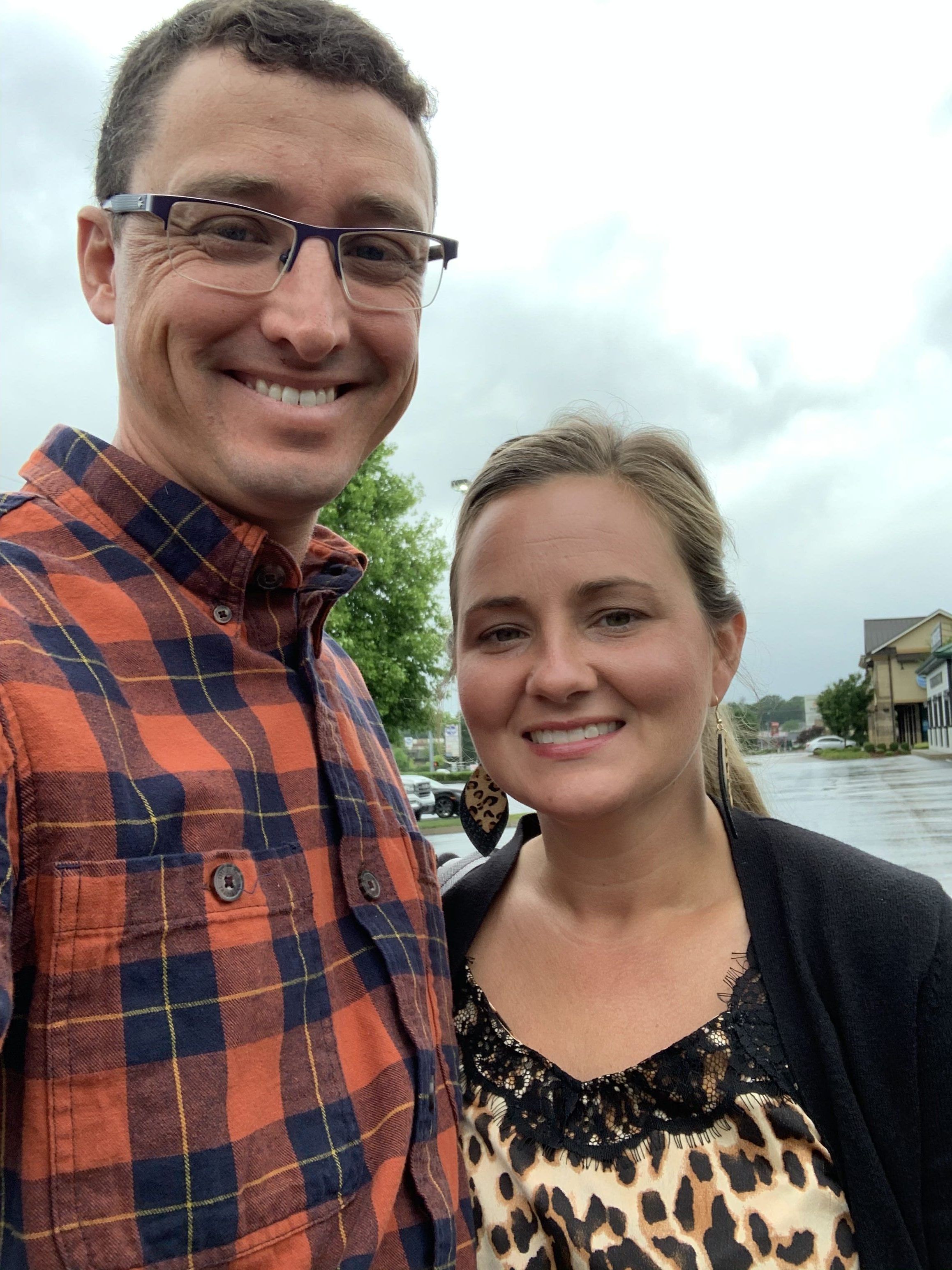 Born and raised in Central Kentucky, Lance has always been drawn to animals and animal production. Growing up he spent many days working on his grandfather’s farm and eventually other farms in his community where he learned the value of work ethic. Transitioning into his professional role Lance attended the University of Kentucky studying Agriculture Economics and Animal Science. That knowledge and a passion for service led Lance to Perdue Foods where he spent 13 years serving as a Flock Advisor and eventually Area Coordinator for their breeder team.  As a member of the Val-Co team Lance strives to bring a superior level of service, knowledge, and creativity to his customers needs. Lance enjoys spending his free time with his wife Ashley, and two sons Easton (12) and Bennett (10). They enjoy everything outdoors including sports, kayaking, hunting, and fishing. Additionally Lance and Easton operate their own farm backgrounding feeder cattle and are constantly working with University Extension and industry leaders to identify more competitive ways to be successful in that industry. 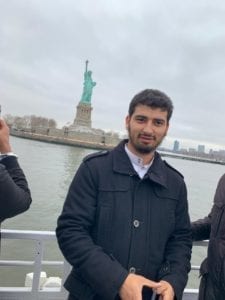 Soufiane grew up in Kenitra, Morocco. He and his family have been in the poultry industry for many years – both his father and grandfather are poultry farmers. He came to the United States to study agricultural engineering at Iowa State University, with a focus on animal production systems. While at university, he learned about VAL-CO products while working with Ventra Pro Controllers. Now, he works as the African Sales Manager where he is responsible for assisting dealers and distributors to be successful in their markets. In his spare time, Soufiane enjoys spending time with his family, and playing with his son. 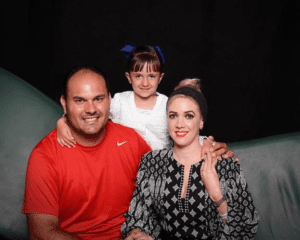 Eduardo was born in Mexico where he moved frequently while growing up. He frequently changed schools, but also made many friends who he is still close with today. Eduardo studied mechanical engineering at UDLAP University in Puebla, Mexico. Prior to working with VAL-CO, Eduardo worked at a livestock supply dealership in Mexico. Today, he works for VAL-CO as a territory Sales Manager covering Mexico and South America, where he focuses on providing technical solutions to his customers and helping to grow local poultry and swine businesses. He was excited for the opportunity to come on board with VAL-CO as he would be able to grow his skills, expand his knowledge, and work with a global company that shares his same values. Integrity, friendliness, reliability, and stewardship are key to developing trust – the basis of a great relationship. Eduardo moved to the US in 2018 with his wife and their daughter. He spends most of his free time with them because he travels frequently, but also enjoys basketball, football, and outdoor activities with his Jeep. 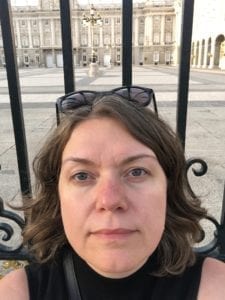 Galina was born and raised in Cherkasy, Ukraine. In her hometown, Galina joined a Broiler Breeder Company. She says, “if I only knew that Gallinas (chickens) would be my Industry for at least next 20 years.” After relocating and working in Moscow, Galina eventually moved to the Netherlands. Dedicating 9 years to the industry in the Netherlands, learning a lot and experiencing the life in the Western Europe, it was time to move forward. Still living in the Netherlands, Galina joined Val-Co as the Area Sales manager Eastern Europe. In 2017 she was promoted to the Regional Sales Manager Europe and Africa. She enjoys the challenge of being entrusted to manage such a large territory. When not traveling for work, she loves traveling, taking pictures, gardening, interior design, and cooking.