The Most Versatile Organ in a Chicken 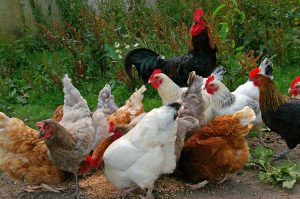 A lot of this information probably applies to most birds (except ostriches, apparently) but I don’t care about those birds. We’re talking chickens.

We’ve talked about how cool chicken vision is before. Today, we’ll talk about the other end. It’s kinda cool, too.

Chickens don’t have a sphincter (you know the one, it controls when you have to go) like mammals do. Instead, bird excrement passes through the cloaca, which doesn’t afford quite the same control.

Fun fact number two, birds don’t pee. They don’t have a bladder. Instead, they convert nitrogen to uric acid crystals. Those crystals are deposited into the cloaca and eliminated along with the excrement. It appears as the white layer among mostly brown poo. Most notable on your windshield (thanks, robins). 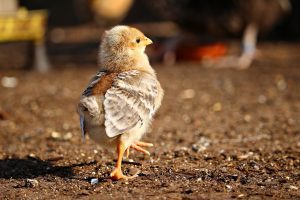 When chickens mate they perform something called the “cloacal kiss”. Sperm from the male cloaca travels into the female cloaca and go on to fertilize the egg. The egg is then laid through the cloaca, incubated for a few weeks, and hatched into a cute little peep-peep. See right.

So there you have it. The most versatile organ in a chicken.