The Next Generation – The Future of Pork Production 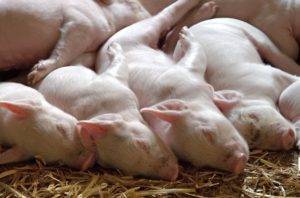 As a new hire with VAL-CO coming from 20 years of service with Smithfield Pork Production, I have seen a lot of changes throughout the pork industry.  From pigs being raised outdoors to total confinement and, more currently, hotel-style gestation stalls where pigs can come and go as they choose – each of these changes brings new and exciting challenges to the industry while the bottom line, producing more pork to feed the world, remains constant. Did you know that in 1959 it took eight market pigs to produce 1000 pounds of pork? Today, it only takes five market pigs to produce that same amount. One thing is for sure, there will always be demand for pork, and those demands will require producers to be more efficient.

I believe the reason pork is one of the highest sought after sources of proteins comes from its ability to be diversified. Just think about it; you could easily eat pork three times day with three completely different experiences. Bacon and sausage are common breakfast items while ham and pulled pork are common for lunch and, finally, rounding out the day with barbeque ribs, chops and tenderloin for dinner…  are you hungry yet? I think even a vegetarian might lick their lips just a little. 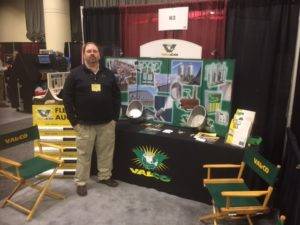 We ask the question, “how do we continue to grow the pork industry?” As a new member to the VAL-CO pork team, I got the opportunity to attend several state pork conferences and meet with a wide range of pork producers. The one producer that hit home for me was a young man I met at the Missouri Pork show by the name of Matthew. Matthew is a Junior in high school and is actively involved in his local FFA chapter. He was attending the show to represent his chapter in the state pork speech contest. After winning second place in the contest and receiving his plaque he came by our VAL-CO booth smiling from ear to ear, as one might expect. I was the first to congratulate him and was quick to ask him what his speech was about. Proudly he said, “The Future Technology in Pork Production” and, without reciting the speech, he gave me all the details. This young man was on fire for the pork industry and, like a book with blank pages, was eager to write the path that he would take in his adult life. It was refreshing for me to see this eagerness in this young man. He had indicated that he owned 50 sows, so I shared with him ways that we could help him grow his operation and make him more profitable. As he asked question after question, it made me proud to be working with VAL-CO knowing that we play a vital role in shaping both the direction of pork production in the United States and the grass roots foundation of our young producers so pork production will be a viable business for generations to come. 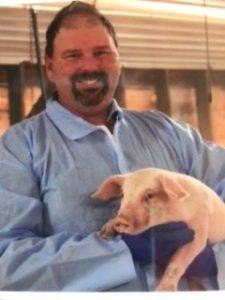