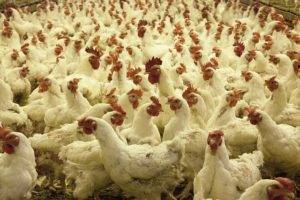 Spiking is the addition of young broiler breeder males into an older flock to compensate for the decline in fertility that occurs around 35 weeks of age. This decline in fertility could happen for several reasons – a lack in mating interest or decrease in sperm quality, a decrease in mating efficiency or an increase in male mortality, which would impact the male-to-female ratio.

Regardless of the reason for the decrease, it’s common and predictable, and having a spiking plan in place, before the fertility decrease occurs, can help to maintain productivity.

Each of these has distinct advantages or disadvantages. Introducing new spike males that have been raised separately until 25-27 weeks of age provides primary and spike males better feed space during rearing, making them the most desirable quality male for spiking. Spike males can be reared with primary males, then transferred to a spike house, or directly to a production facility, but this results in a lot of movement, and often poor feed space ratios, as well as increased aggression towards females.

Intra-spiking is effective if done before 40 weeks, and if males are uniform, in good mating condition, and at the proper weight. By swapping males on the same farm, the biosecurity risk is low compared to all other options. However, older primary males are not as active as new spike males, so more are needed to see any result in fertility.

Back-spiking removes spike males from a spent production flock and places them with a second flock, but only high quality makes can be used because they are 35-45 weeks old by this point. It’s a time consuming and labor-intensive process to hand pick males from a flock, so back-spiking isn’t a popular choice.

There are a few guidelines to follow that may smooth the spiking procedure.

Biosecurity is always a concern when adding new chickens to a flock. Check that males are healthy – free of disease or parasites – and tested before moving.