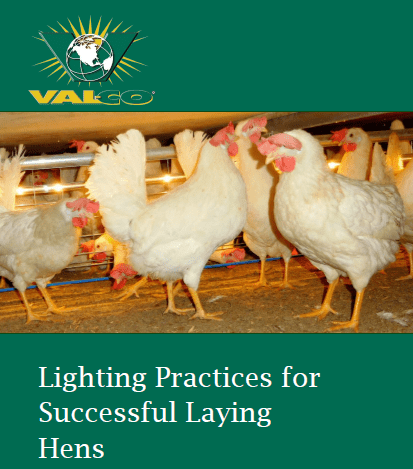 Sight is the most important sense for birds, as good eyesight is essential for safe flight, and birds have several adaptations that provide superior visual acuity relative to other vertebrate groups.

Eyes share a basic common structure across species with some adaptations befitting evolution. In chickens, the eye functions as it does in humans: light enters the cornea and iris to stimulate the retina at the back of the eye. The retina translates the light pattern to the optic nerve, which transmits the image to the brain.

There are, however, some differences. Chickens are tetrachromatic, meaning they can see red, green, and blue light (the visible spectrum seen by humans) as well as violet light, including some of the ultraviolet spectrum. In addition to the common rods and cones seen in most structures, chickens have a double-cone structure that aids in tracking movement.

Lastly, because their skulls are so thin, chickens can also “see” light directly in their brain. Chickens have extra retinal photoreceptors in the pineal gland and the hypothalamus allowing them to perceive light through the dorsal surface of the brain. Photoreceptors transform the light energy into a biological signal that controls the circadian rhythm – a 24-hour hormonal and behavioral cycle – which regulates sleep patterns, feeding times, and egg production.

What to learn more about how vision and light affect bird performance?