Gestation Stalls and State Legislature: Who has the power? 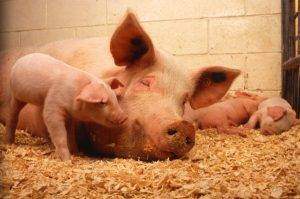 Pigs are pack animals, which means they need to establish a hierarchy, or a “boss sow”. They establish this hierarchy by attacking and fighting each other which leads to broken backs, broken legs, bittern or torn off ears and tails, bitten or torn vulvas, and terminated pregnancies. Pigs were brought inside in order to limit environmental threats to their health such as sunburn, insect bites, disease from birds or rodents, and wildlife predators, but they also have protection from each other; there is no competition for food, and weather variables can be eliminated to create a stable environment with the use of ventilation and controllers.

Gestation stall use began as an experimental system in the 1950s and as farms remodeled and were built, gestation stalls became more common in newer buildings by the 1970s. The pork industry began embracing stall housing in the ‘70s because it allowed for better individual attention and could allow more sows to be raised in a smaller area. Stalls kept sows from fighting and injuring each other and allowed the use of less highly trained staff. This more efficient pork production resulted in lower prices for consumers. As consumers are becoming more aware of where their food is coming from and how it is raised, the use of stalls has been deemed an animal welfare issue because the stalls limit the animal’s mobility.

How is legislature affecting gestation stall use?

There has been a huge push over the last decade by animal welfare groups and by consumers to end the use of gestation crates used in sow farming. Pork producers are seeing the advantage of marketing their meats as being crate-free, high-welfare meats, so suppliers are pushing farmers to make the transition to group housing. Animal welfare groups are pushing for statewide legislation that will ban the use of gestation crates – only nine states have thus far banned the use of crates: Florida, Arizona, Oregon, California, Michigan, Ohio, Colorado, Maine, and Rhode Island — but there has been no national movement.

Only two federal laws exist regulating the treatment of farm animals. The Twenty-eight Hour Law (1873) requires that animals while in the course of interstate travel, may not be confined to a vehicle for more than 28 hours without being unloaded for feeding, water, and rest. The Humane Methods of Slaughter Act (1958) requires the proper treatment and humane handling of all food animals excluding chicken and other birds slaughtered in USDA-inspected slaughter plants. The lack of federal regulation regarding farm animal housing has resulted in activist groups pressuring individual states to enact animal welfare legislation.

Ballot measures can be used to enact new laws or amendments or repeal existing laws or amendments. The ballot initiative is a proposal for a new law, and is placed on the ballot by a petition with a certain number of signatures. Twenty-four states have an initiative process; Oregon, Colorado, Maine, Michigan, Ohio and Rhode Island all passed their gestation stall bans this way.

The top three states ranked by breeding inventory represent 41% of the total breeding inventory (Iowa, North Carolina, Minnesota). These states do not have ballot initiative provisions and there is currently no legislation being considered.

The nine states that have banned crates all have a minor, almost non-existent pig production sector, which means the activist groups faces little to no opposition. The ban in Florida affected only 2 farms, about 4000 sows total. The same number of sows are found in Oregon. Arizona has only one pork operation that sends about 250,000 pigs to slaughter per year. Rhode Island has 12 pig farms and even though Michigan, California, and Ohio have a large pig production sector, they pale in comparison to states like Iowa and North Carolina. 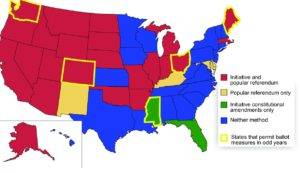 Legislature processes according to state.

Several states have refused to pass legislation banning gestation crates, including New York, Connecticut, and Massachusetts. New Jersey Governor Chris Christie stated, “The proper balancing of humane treatment of gestation pigs with the interests of farmers whose livelihood depends on their ability to properly manage their livestock best rests with the States farming experts—the State Department of Agriculture” when he vetoed legislation that would ban gestation stalls.

Swine producers are reluctant to change from well-established production practices unless they increase performance, or, at the very least, do not decrease it.

How is the industry responding?

Activism has led to strong market forces to discontinue the use of gestation crates as companies like McDonald’s, Wendy’s and Burger King commit to only sourcing pork from producers who have moved toward group housing. The movement really got its momentum when the nation’s largest producer, Smithfield, stated that it would begin phasing out gestation stalls in all of its company owned farms, offering incentives to encourage farmers to make the change.  Gestation stall housing is well defined in the US because a prototypical system has been installed as the industry has modernized in the past 25 years. However, no such system exists for group housing largely because of its limited application at the commercial level which has limited the evolution of systems to fit commercial scale.