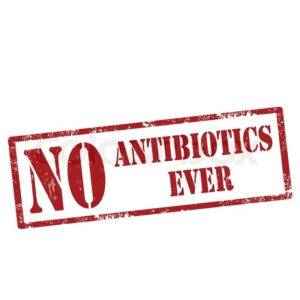 The movement towards “No Antibiotics Ever” (NAE) for animal and poultry husbandry seems inevitable. With more customers demanding antibiotic free poultry products, more grocers and restaurants are making commitments to source antibiotic-free chicken. Integrators, then, must tackle how to produce healthy, safe, affordable birds and still maintain profitability.

All broiler meat production starts on breeder farms – farms that produce eggs that get sent to broiler hatcheries to become chickens for the broiler, roaster, and large debone operations. These breeder farms are central to the economical production of meat. If the animals are to be raised without receiving antibiotics at any point in their lives, they need to avoid contaminants from the very start of production – as eggs. Being able to collect eggs so that the egg is cleaner, and thereby less contaminated with foreign matter, brings NAE a step closer to being a management practice that can actually work.

Breeder farms use nest systems to help collect the eggs. Eggs often come into contact with foreign matter when being laid, and also when left to sit in the nesting system too long. The foreign matter that is most concerning is fecal coliforms, but dirt, dust, and feathers are also present. Farm managers have focused their management practice on reducing the contact time between the egg and the nesting site: the obvious low-hanging fruit of collecting eggs more often has been used and determined helpful. 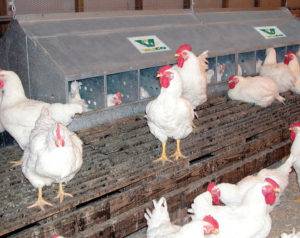 I’ve seen people collecting eggs and using Lysol wipes to remove feces, feathers, and debris from the eggs. This can be successful in removing surface dirt, but despite clearing the “filth” from the surface of the eggs, the contaminate that was drawn in to the shell as the pores dried after lay is still present and can cause a real problem in hatcheries. These contaminated eggs, that look clean, can grow the bacteria inside the shell. The bacteria will cause the egg to pop, or explode (called poppers by hatchery personnel), inside the setters at the hatchery and can ultimately contaminate all the eggs surrounding it in the incubator.

In order to reduce the contamination throughout the product line, it is imperative that there is a strong focus on reducing contamination from the very beginning. Some integrators are changing egg belts after every flock to reduce egg contamination. New fabric belts can be install before a new flock of breeder is moved in, but this is costly. Instead, using a belt that can more easily be cleaned and disinfected is a more sustainable option.

The old mantra is necessity is the mother of invention. There are a number of people looking for guidance as they navigate a shifting poultry market. We at VAL-CO will continue to innovate and lead, impacting the world around us in ways that many never even think about.