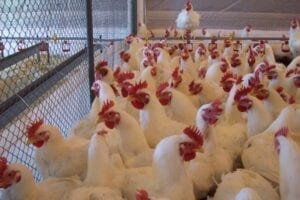 Over the past few months, high pathogenic avian influenza has been running rampant across Europe, and now it has arrived in North America, as well.

Two farms in Newfoundland, Canada have reported and confirmed cases of H5N1 Avian Influenza. The first was confirmed on December 22, 2021 and the other just this week. Both farms are located on the Avalon Peninsula and had ponds where domestic birds intermingled with wild water fowl. As birds begin migrating, there is a likelihood that  HPAI could be spread throughout the US, especially the East Coast, along the Atlantic flyway. 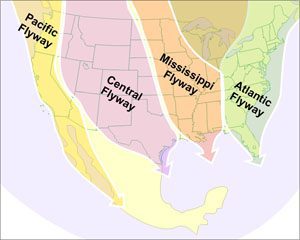 Many countries throughout Europe have reported cases of avian influenza including Bulgaria, Portugal, Slovenia, the UK, Germany, Denmark, Sweden and others. Over 675 cases have been diagnosed since October 2021. A vaccine is in development by large pharmaceutical companies, which could help to curb the severity of widespread disease.

What to look for

Keep an eye out for these symptoms and report any suspected cases to your veterinarian.

In chickens, HPAI signs often include respiratory (gasping) and digestive (extreme diarrhea) signs followed by rapid death. Chickens may have swelling around the head, neck, and eyes. The heads and legs may also have purple discoloration.

Other poultry species, including turkeys, may have nervous symptoms such as tremors, twisted necks, paralyzed wings, laying down and pedaling.

How to prevent it

You can prevent disease with carefully curated and strictly followed biosescurity. Biosecurity plans are steps flock owners must take to prevent disease in their flocks. Poultry get HPAI from infected waterfowl (ducks and geese) and gulls. Infected poultry can spread disease to new flocks. Review your biosecurity plan often. Review USDA tips on biosecurity here.

High pathogenic avian influenza has been detected in South Carolina – the first US case in 2022. A strain of HPAI Eurasian H5 was found in a wild American wigeon. It’s also been found in a blue-wing teal in Colleton County, South Carolina, and a northern shoveler in Hyde County, North Carolina.

APHIS has advised that producers whose birds have outdoor access should limit outdoor time. Of course some producers do not have this option because of certain certifications required for production, but in any case, producers should take caution and implement a strict biosecurity practice.