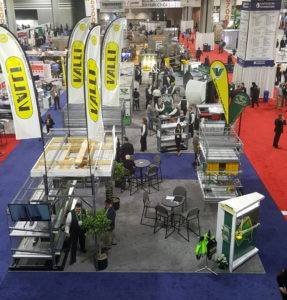 Last week we were honored to be among over 1,270 exhibitors at the International Production and Processing Expo in Atlanta, Georgia. Over 31,000 people attended the show to learn about this year’s newest products and processes. The Expo offers educational programs such as TechTalks, as well as family-friendly entertainment, like the Chili Cook-off.

Every year VAL-CO attends the IPPE to present our newest line-up of live production equipment. This year, we’re coming out with new additions to the already robust family of fans, feeders, drinkers, and nests and we can’t wait to see what you think.

If you missed the show, or just missed us there, here’s an overview of VAL-CO’s 2017 New Product Showcase. 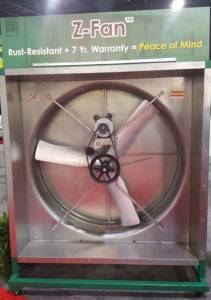 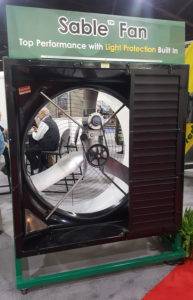 We’re debuting two new fans this year, both revolutionary in their design. The Z-Fan™ is a steel fan covered in a unique proprietary coating making it more rust-resistant than standard galvanizing. So much so that we’re offering a 7-year warranty against rust-through when it’s used in poultry operations. It uses the same HyperMAX motor as our other fans, lasts longer than galvanized fans, and costs less than fiberglass fans. It’s the perfect fit.

The Sable™ Fan is a standard white fiberglass fan on the outside, but it’s black interior drastically reduces the external light reflected into the barn, especially when used with black shutters. The white exterior prevents the fans from becoming too hot in the sun which can warp the housing and cause ventilation leaks. Though designed with layers in mind, broilers have seen the benefits of the Sable Fan, also. 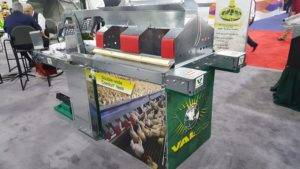 We’ve introduced our new Comfort Nest™ for broiler breeders. The nest holes are two times as wide as the ones used in most standard side- and center-belt mechanical nesting systems. Today’s larger birds love the extra space to lay and still enjoy the privacy of an individual nest box. 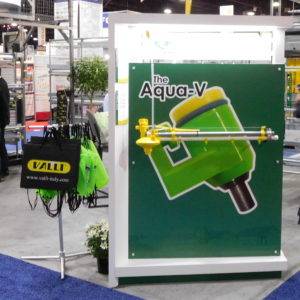 Continuing to be a leader in poultry watering, we’ve added a new nipple drinker to our family of watering systems. The Aqua-V™ layer nipple was developed for the layer industry, ideal for convertible or aviary systems. It brings the Quencher’s value and competitive price to the layer market. It’s made of precision machined stainless steel and is offered in standard and high flow variants. You can’t miss the bright new color, and neither can your birds.

In addition to the new drinker, we’ve released the TruSeal™ standpipe cap. The TruSeal is the first in the industry that won’t spray or leak when flushing water lines. The TruSeal comes standard with all new VAL-CO watering installs, but can also be retrofit into any existing VAL-CO water line.

Catch us again at the Midwest Poultry Federation Convention in St. Paul, Minnesota in March!